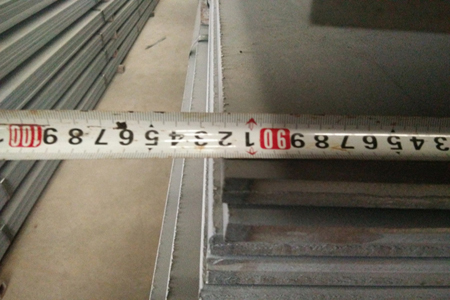 S355J2G3 low-alloy steel is produced in accordance with European standards, which is slightly higher than the Q345 series steel plate in domestic GB/T1591-1994, and is widely used in the railway vehicle manufacturing industry.

In the alternation of dry and wet environments, a-FeOOH can buffer the volume change between the rust particles, reduce the thermal stress between the rust layer and the substrate, improve the adhesion of the rust layer, and thus protect the oxide film. Increase, the corrosion resistance of steel is improved.

At the same time, compared with the Q345R steel, the Cr content in the S355J2G3 steel is higher, and Cr has a significant effect on improving the passivation ability of the steel. As a result, the corrosion resistance of the welded joint of S355J2G3 steel is better than that of Q345R steel.

Pre: Corrosion resistance comparison of S355J2G3 steel welded joint and Q345R low alloy steel
Next: What are the advantages and disadvantages of weathering steel plate?