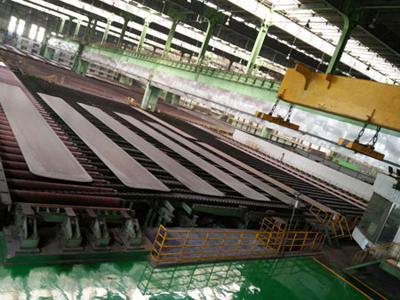 Ordinary carbon steel Q345B and S355JR and weathering steel Q255GNH were placed in a non-specially humid environment indoors to investigate their weathering performance. When Q345B and S355JR were placed for 1 week, rust began to appear on the surface; while Q355GNH weathering steel was placed for 1 month, there was no obvious rust on the surface. However, if a few drops of water are dropped on the Q355GNH steel plate, the dripping place will quickly rust.

S355JR, Q345B, and Q355GNH were exposed to the outdoor environment for nearly a month, and the three surface corrosion degrees were similar, with no significant difference.

Experiments have found that the corrosion resistance of weathering steel Q355GNH in a dry environment is better than that of Q345B and S355JR, and the initial corrosion time in an outdoor humid environment is not significantly different from that of ordinary carbon steel. Practice has proved that after 3~10 years, the surface of weathering steel will show a uniform chocolate color, which shows that its corrosion resistance is mainly reflected in the ability to resist corrosion in the later stage. The reason is that the existence of Cu, P, Cr, and Ni makes the rust layer on the surface of Q355GNH Gradually stabilize, the corrosion develops slowly, delaying the further diffusion of corrosion to the interior of the substrate.